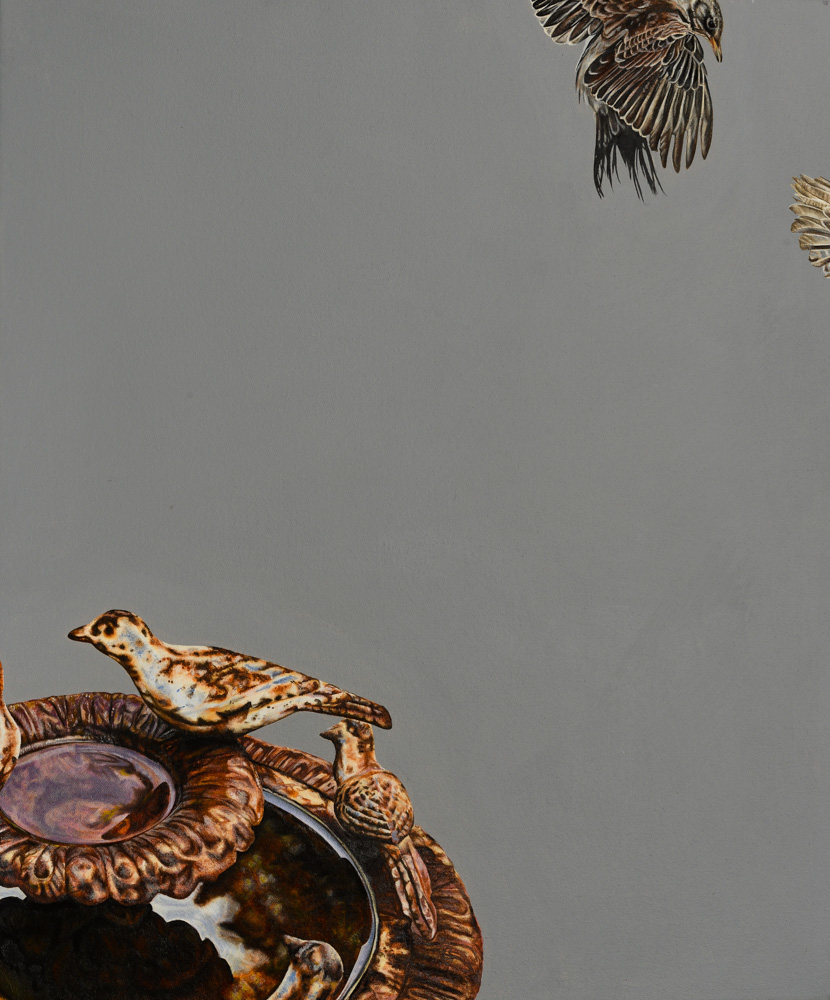 “I have a fascination with decay at the moment, it’s so evocative of the past that we long to inhabit, so many stories that we will never know, it’s so beautifully untouchable”.

Natalie started painting professionally shortly after moving to Shropshire in 2003, following her completion of a Fine Arts Degree and a post-grad in Stage and Set design.

Growing up in Cheshire, Natalie had a love of drawing from an early age. When her parents opened a florist shop in Nantwich, any unsold flowers were taken home and that’s when she started to draw them; mostly to scale and in coloured pencil-but that was the moment!

Natalie’s parents are artistic in their own way: her Dad was a joiner so was happy to pass on concepts of perspective and her Mum enjoyed drawing and painting. Both were very encouraging, always providing materials when it often was not easy financially. For Natalie, becoming an artist never seemed like a decision she had to make – it was an inevitability.

Georgia O’Keefe is an obvious influence, with her use of colour and form of simple objects as an inspiration. Similarly, Natalie was captured by Karl Blossfeldt for his beautiful symmetry in nature and its presentation. In addition, the early 17th-century Dutch painters, such as Ambrosius Bosschaert, have influenced Natalie with their magnificent sense of drama and use of light and shade.

From sketch pad drawings as a child, Natalie progressed to painting oversize oils of sumptuous, magnified flowers. She believes the scale of her work was influenced by her time working as a scenic artist – a role she relished, and which took her around the world.

Nature first and foremost has the greatest impact on Natalie. In addition to flowers and seeds, her direction has moved towards birds and her fascination with their freedom and flight.

Current pieces incorporate story-like elements, ideas gained from dilapidated country houses seen while out on walks with her dog and the curiosities she finds in friend’s houses. These help to create a secret narrative.

Natalie aims to convey the feelings and sense of pleasure she feels while being surrounded by nature, even the simplest of things stir emotions. She wants the viewer to have an experience that encompasses sensations beyond that of the image itself. Therefore the scale of her work is important. By enlarging the scale, the nature of the subject is intensified and enables the viewer to become surrounded by the beauty of the subject.

Natalie’s technique had developed through intense observation and trial and error. There is always room for development, and she enjoys this process of challenging herself.

Her work has currently been shown in Tokyo, Singapore, London, New York, and Australia, as well as locally in Shropshire. She had an article published in Artists and Illustrator’s magazine in 2007, Shropshire Living Magazine 2021, and has delivered several masterclasses at the prestigious West Dean College, in Chichester.

All paintings are available as limited edition giclee prints

Calendar and greetings cards with Medici 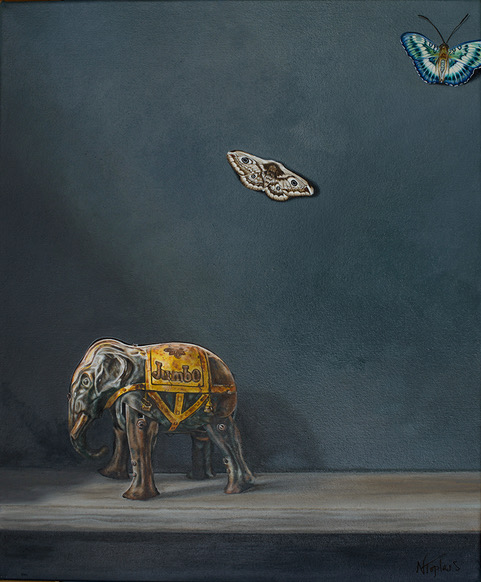 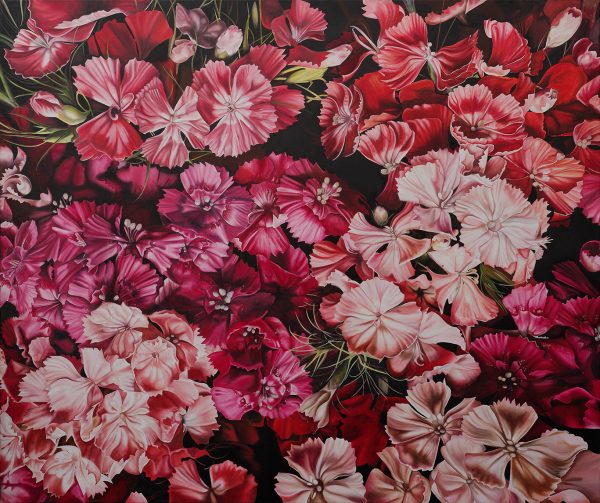 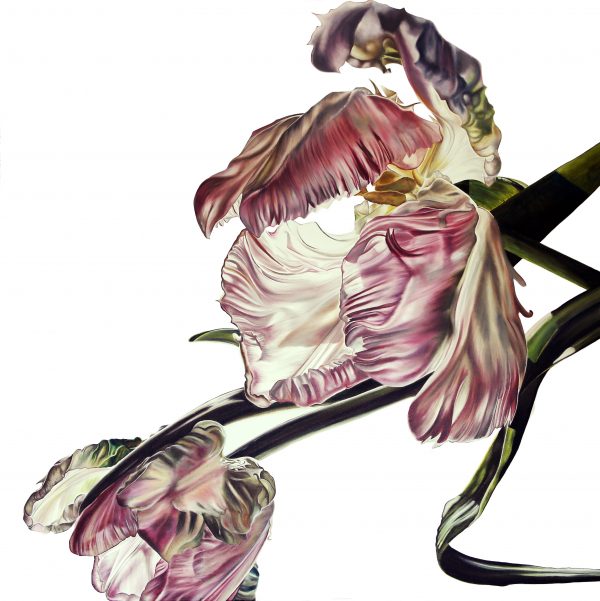 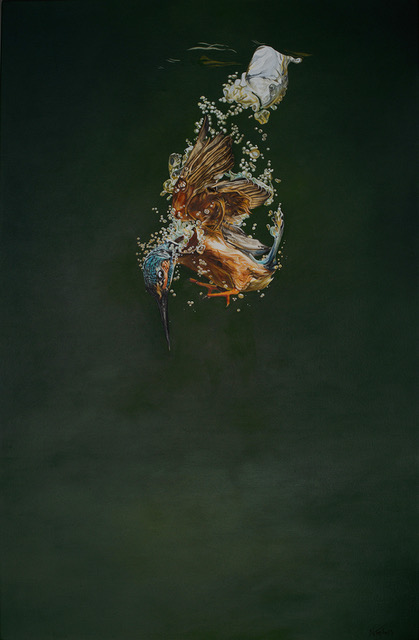 The Dive by Natalie Toplass 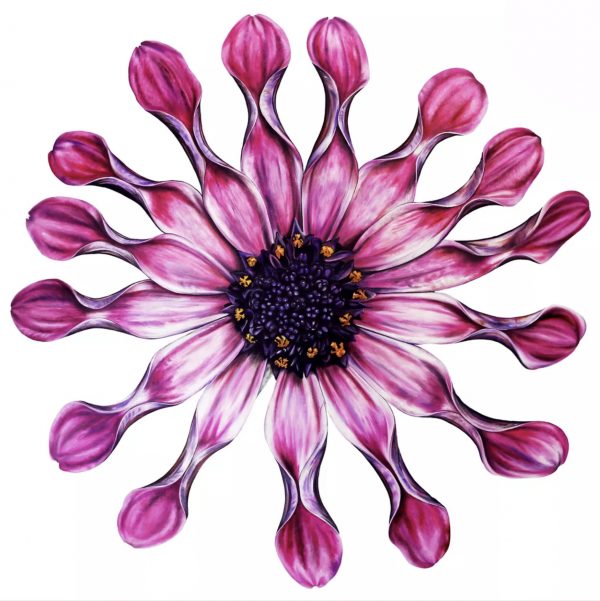 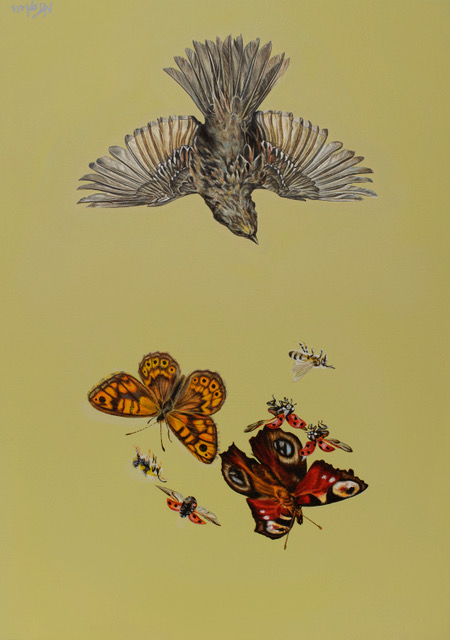