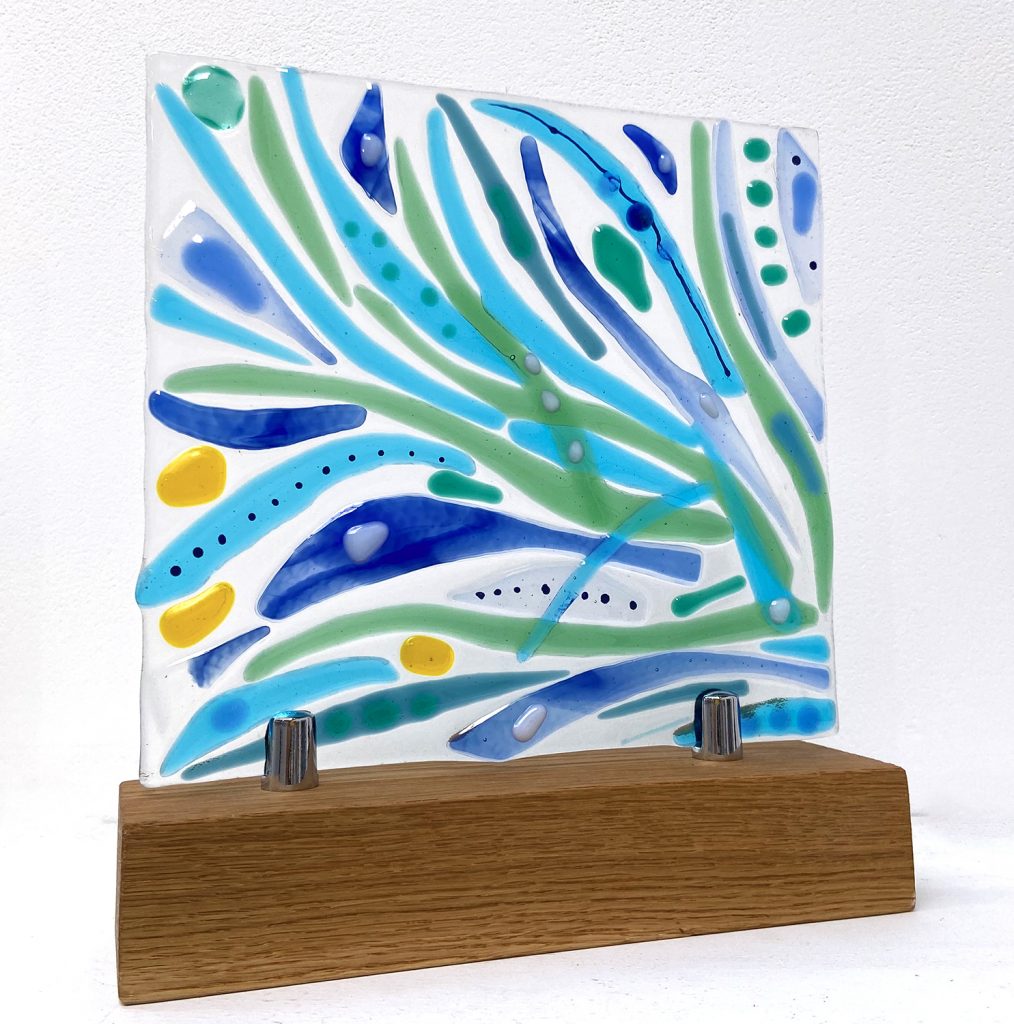 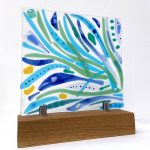 ‘A rectangular piece of work depicting a flowing river. This stems from childhood memories of the source of the River Tees in all its youthful glory and my present views of the glorious River Seven.’

A bit more about the Artists Janice Locker…

“I took early retirement after a successful marketing career in Wiltshire and learned to paint under the instruction from a well-known local artist. With a view to broadening my horizons, I entered into a foundation course at Swindon College where I enjoyed playing with clay. This led me to a degree course at Bath Spa University College and then on to an HND at Swindon College in 3D Art and Design.

I started working in glass after many years of making ceramic objects, sold in galleries in Marlborough, Spain, and as far as the Cayman Islands. My inspiration then was my home town of Middlesbrough, with its decaying iron and steel industry that was once its lifeblood, however, the decline of the industry has led to the rebirth of the beautiful Tees. Now salmon has returned to the river. The beautiful surrounding countryside and nearby coastal towns brought back memories of childhood holidays.

The smoke-ridden town, the rolling Hambledon Hills, and quaint fishing villages steered different aspects of my work. Having now moved to the beautiful county of Shropshire with its ancient hills, prehistoric remains including a stone circle, and fertile farmland, I find similar inspiration here. Ironbridge and Coalbrookdale, being the home of the industrial revolution with its evidence of past glories enrobed with rust standing beside well-preserved monuments, further inspire me in my work.” 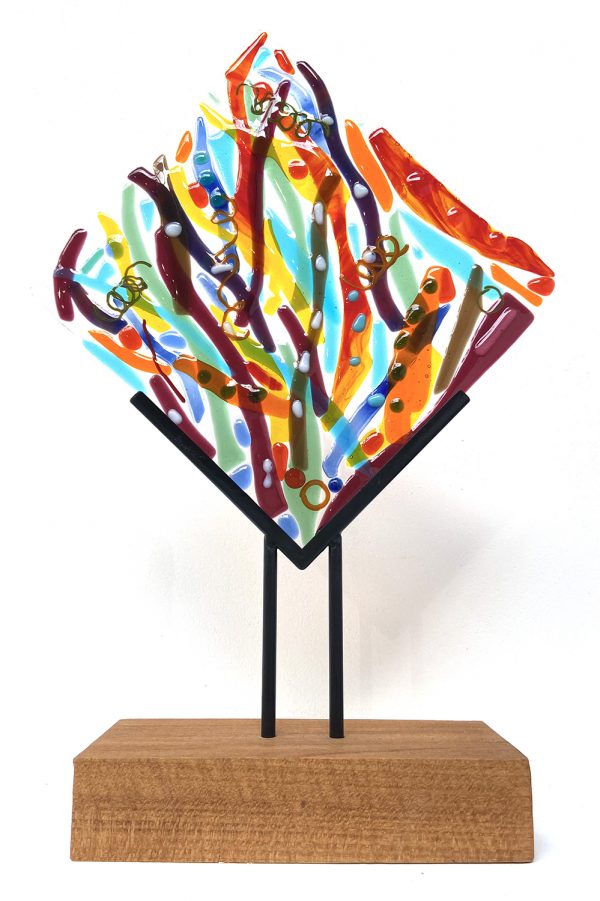 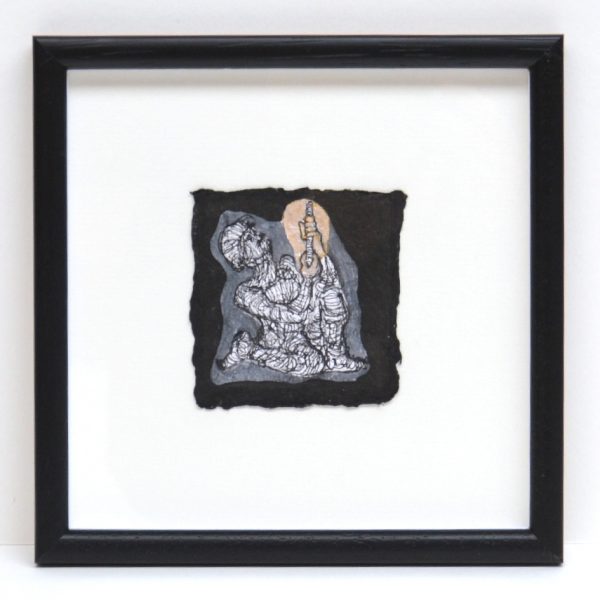 As They Saw Themselves 7 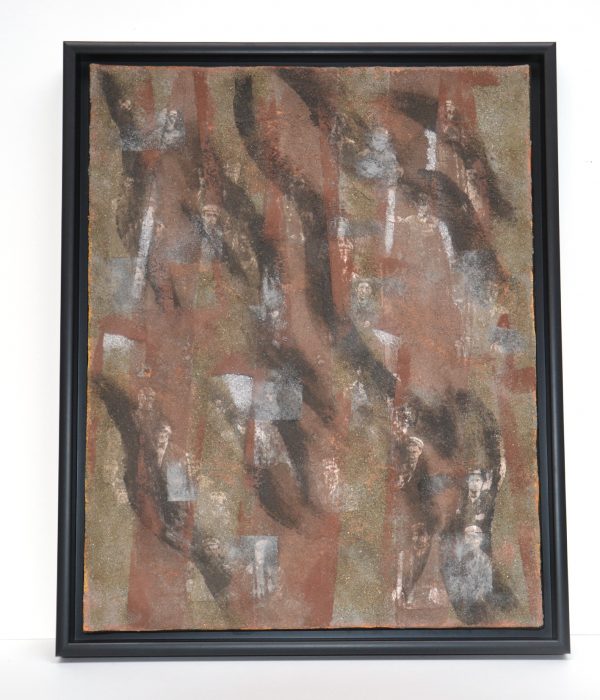 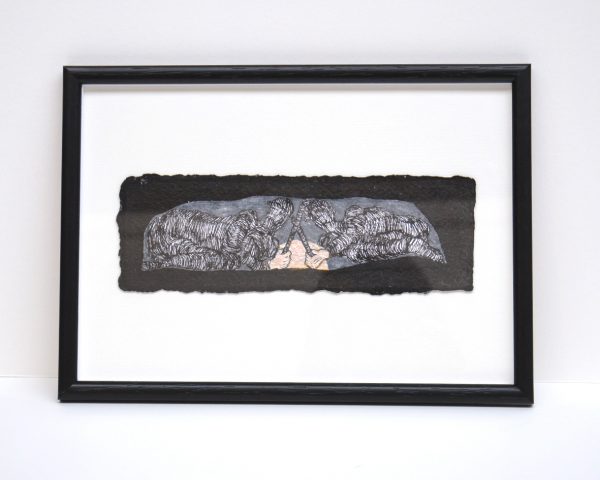 As They Saw Themselves 2 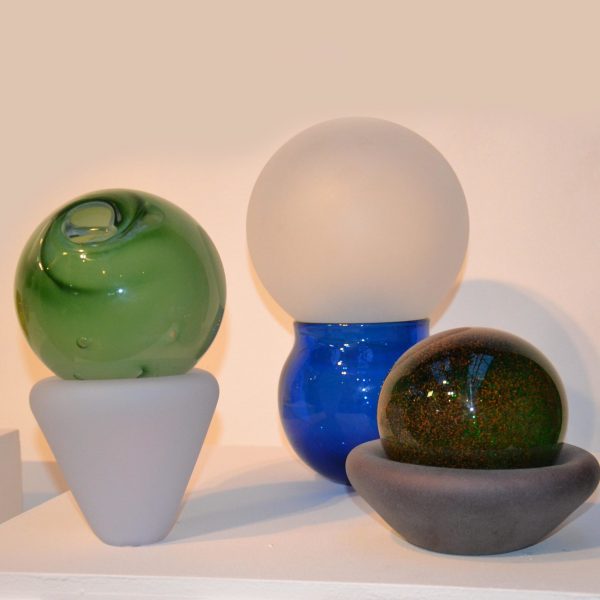 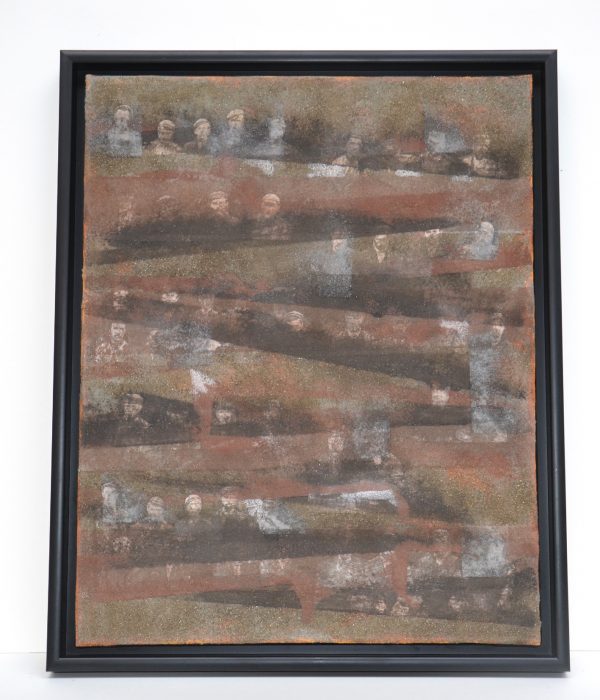 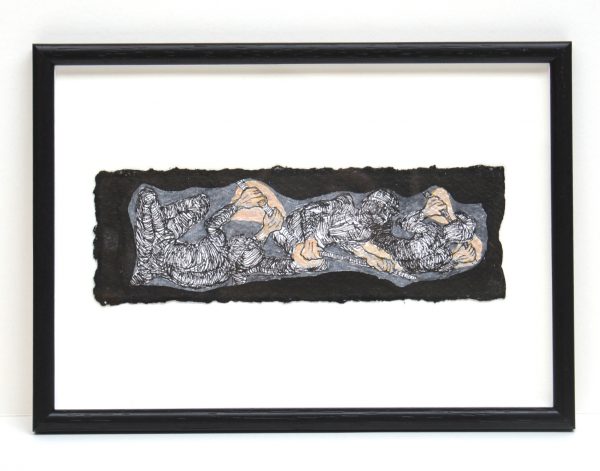 As They Saw Themselves – SOLD 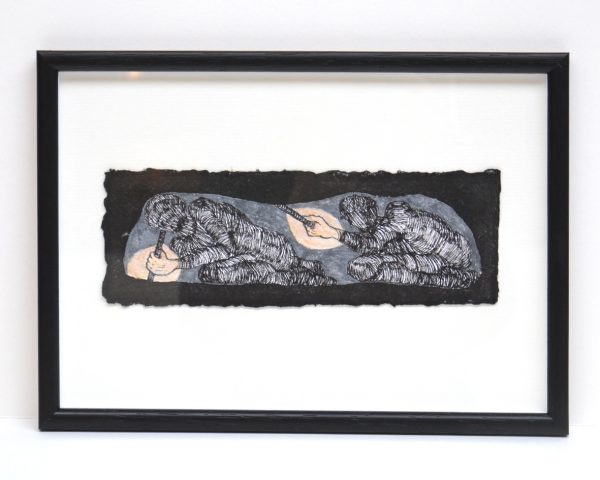 As They Saw Themselves 4