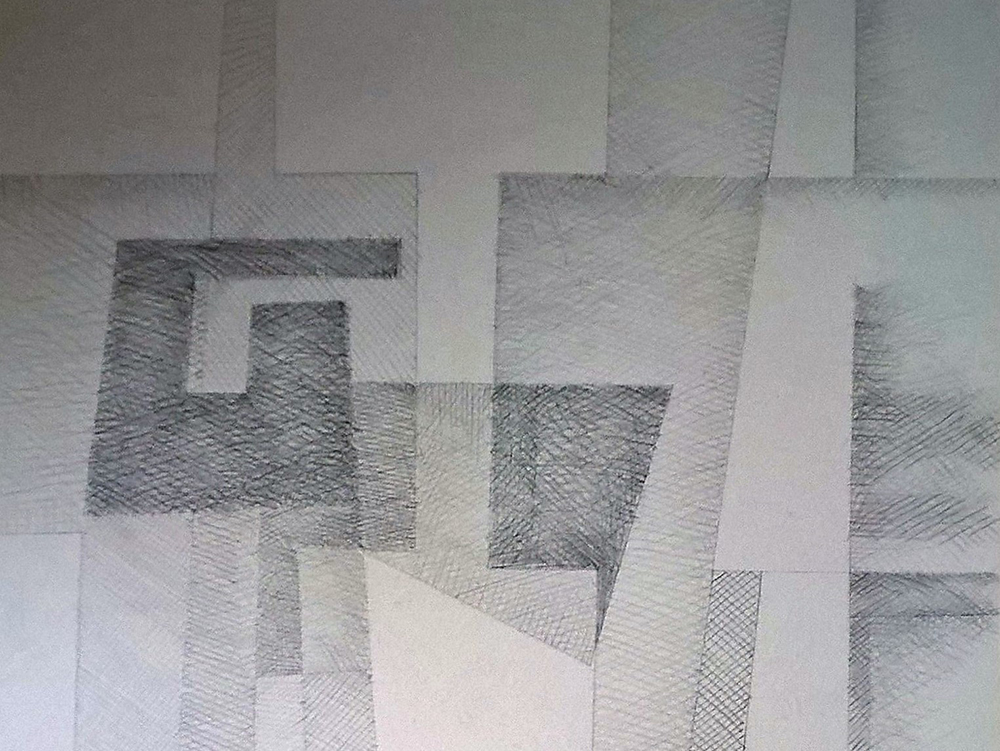 “A return to the plough series. In this monoprint, I explore the repeated overlaying of ink layers until the saturation point is reached whereby each colour is both coalescing and breaking down at the same time under the influence of the previous layers.  The effect might be described as being similar to an erratic form of pointillism. The subject matter itself archaeological, depolarizing, concerned with the depletion of our ice fields.  Are we unlocking ancient light that has been resident within the ice layers almost from the beginning of time? Within the process are we  also unlocking the first “ploughs” that were responsible for the very sculpting of the landscape with which we are familiar in modern times?”

The artwork is framed with a single conservation mountboard, wooden moulding, and standard glass.

An insight into the Artist Michael Crompton…

“Growing up in Lancashire, I began to paint from an early age influenced by school books and radio broadcasts. I gained experience with the Octagon Youth Theatre working on stage set designs. I was employed in several industries (including engineering, transport, and chemicals) seeking out new job opportunities that involved relocation to Yorkshire. Working later in France, Japan, and the USA afforded me access to overseas galleries where I  studied closely the major works of renowned artists.  For many years I fell under the influence of the French schools (artists such as Odilon Redon) and painted in a Neo-Impressionist style, exhibiting in northern galleries, the finals of The Laing National Art Competition and The Pastel Society. In 2001 I moved to my current home in Settle in North Yorkshire where I developed my interest in abstract themes. I continued to exhibit in the area, most notably the Linton Court Gallery.”

“In 2017 I gained a Fine Art BA (Hons) First Class. I was also awarded the Alec Pearson Bursary for “Creative Potential.” Thesis research into German art movements reorientated my painting influences and I began to develop a style that I refer to as “Geometric Abstraction.”  I drew inspiration from Minimalism and Seriality, immersing myself in the works of diverse artists such as Thomas Bayrle, Thomas Sheibitz, and Donald Judd.  These were artists who seemed to me to have broken free from the conventional constraints of European art schools and forged their own creative identities.”

“In approaching my work, I am particularly inspired by the subtleties of form, nature and environmental issues.  I seek innovative approaches, often with a deliberate emphasis on the flatness of the surface and simplicity of design as starting points.  In Monoprint, I explore this direct emphasis combining the tactile properties of the ink mediums with the interplay of each layer and the print surface itself.  I occasionally create maquettes to extend the viewers’ understanding of my prints and drawings. I also work in acrylics, oils, metal, perspex, and film.” 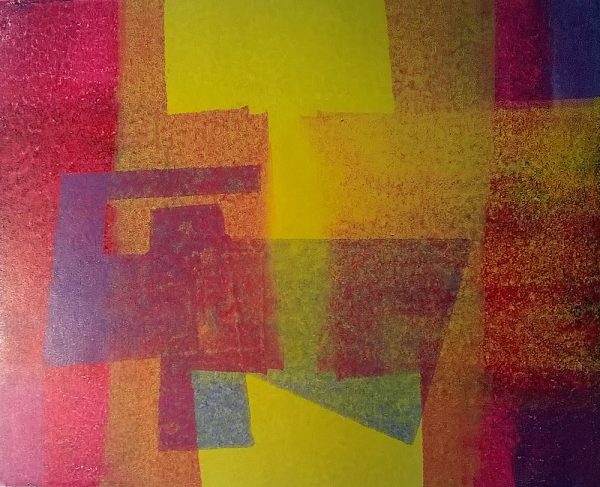 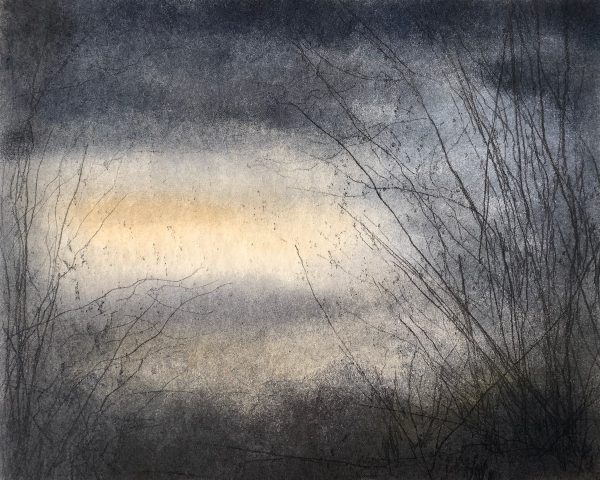 The Light Leads To You 2 by Clare Rogers BA

Let The Light Be Known 1 by Clare Rogers BA 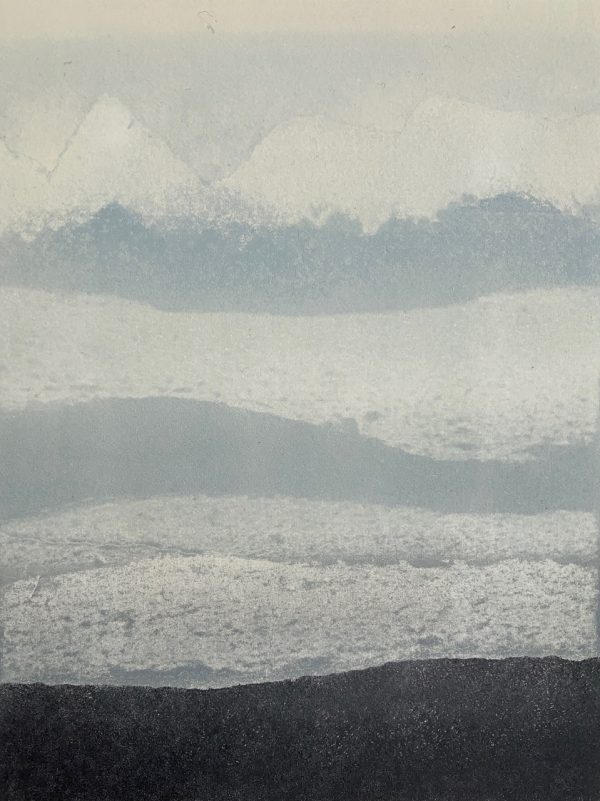 Don’t Think About the Distance 1 by Clare Rogers BA

‘Glacial Ploughs In A Blizzard’ by Michael Crompton 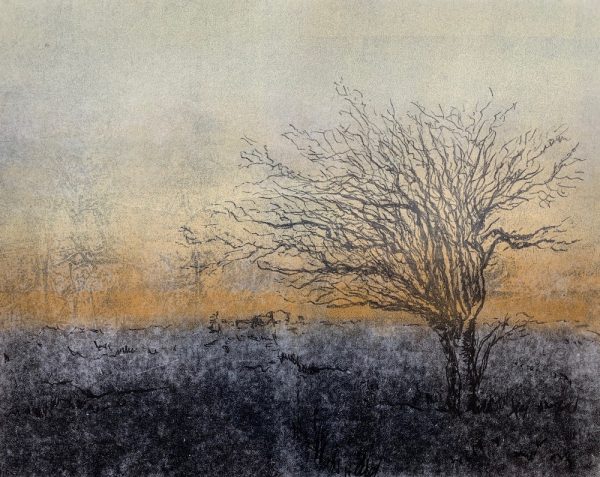 Light and Half Light 1 by Clare Rogers BA 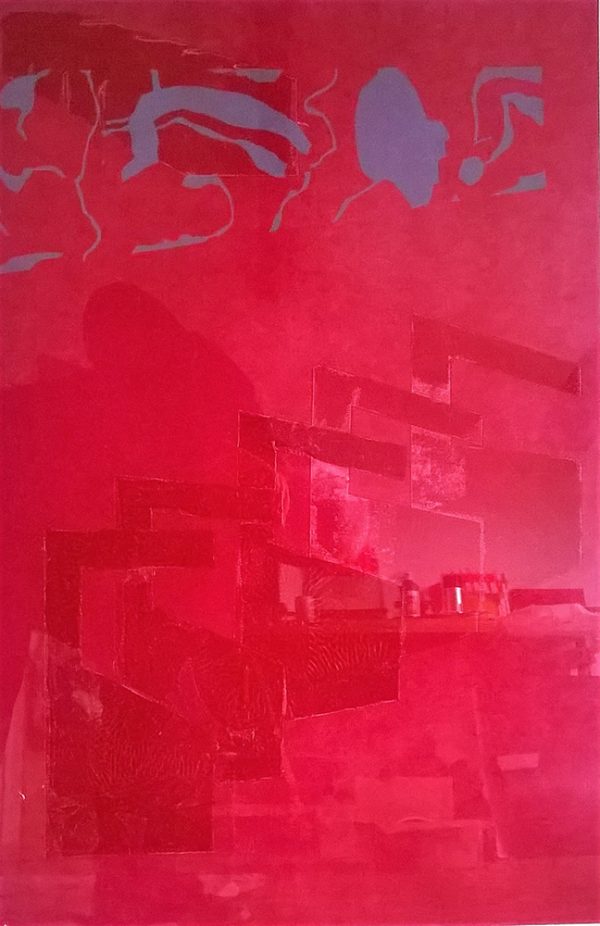 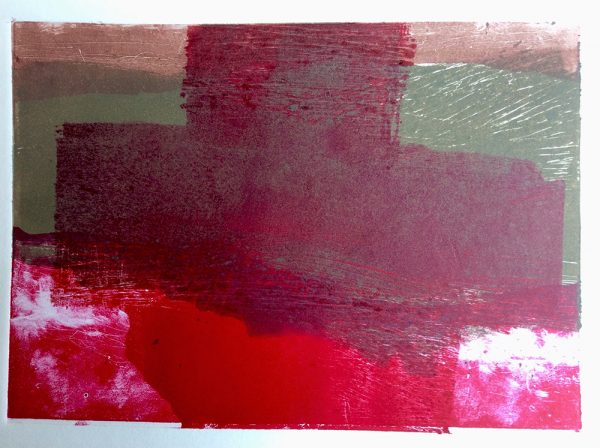 ‘Movement One (Evening)’ by Michael Crompton